The headwaters of the 85,894 km2 Finke catchment develop in the MacDonnell Ranges at an average elevation of 750 m. The typically well-defined and sandy main channel runs generally south-east for approximately 500 km before it reaches the edges of the dunefields of the Simpson Desert and breaks up into minor channels and interdunal lakes and floodways in the area known as the ‘Finke Floodout’ (Duguid, 2013) approximately 120 m above sea level. Flood events commencing in the upper reaches of the Finke catchment that are large enough to reach the terminal floodouts are uncommon, with an annual recurrence interval estimated as one in ten years (Ride, 2001). Hydraulic connectivity of the Finke catchment with Kati Thanda – Lake Eyre North was hypothesised as early as 1896 (Spencer, 1896), but no recorded evidence of such an event exists (Duguid, 2011). The best recorded large flood event since European settlement, occurring in 1967 was not large enough to connect the Finke with the Macumba catchment (Williams, 1970). Other large events in 2000 and 2010 have not been documented as causing connectivity, however there is very little information regarding these events. 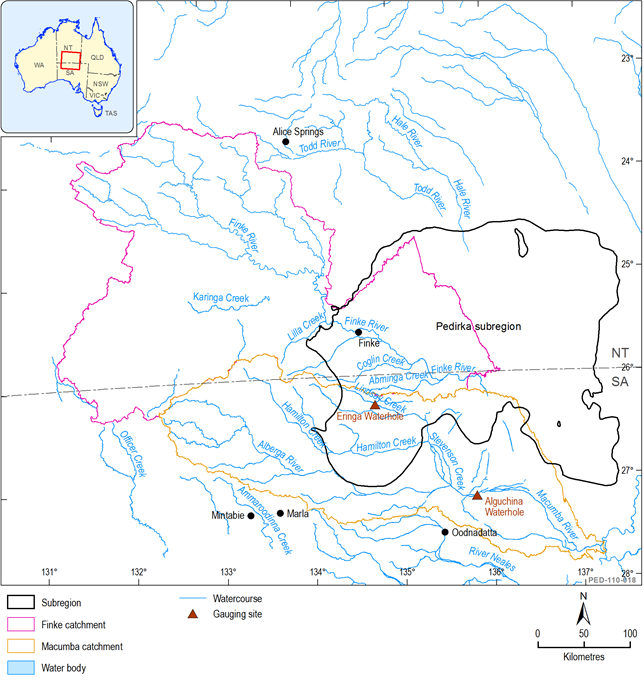 Figure 30 The Pedirka subregion with Finke and Macumba catchments shown

The lower Finke is characterised by broad, well-defined sandy channels in both the main channel and tributaries. Lilla Creek and Goyder Creek are minor tributaries of the Finke River, starting in southern NT and connect with the main channel above the floodout in periods of flow. Coglin Creek is a more substantial tributary, forming on the uplands on the south side of the Beddome Range, both in the NT and SA and flooding out near Charlotte Waters Telegraph Station before merging with the Finke Floodout.

The Finke Floodout consists of distributory channels, longitudinal swamps between dunes, and areas of woodland. Some parts of the extensive woodlands are relatively dense and have been called ‘The Finke Floodout Forest’ (Duguid et al., 2005). Two major distributory channels form on the east and south sides of the floodout. To the east, Snake Creek runs into the Simpson Desert dunefield and forms a series of interdunal lakes and swamps. Below the Finke Floodout Forest, the other main distributory channel, renamed the Finke River, reforms and flows across the border into SA where it skirts the edge of the Simpson Desert dunefield and the rocky uplands east, before flooding out at the edge of the dunefields (Duguid, 2013). The last significant tributary of the Finke catchment, Abminga Creek, is wholly within South Australian borders and merges into the floodout around Mount Dare Homestead.

Annual rainfall totals vary greatly within the Finke catchment, with annual precipitation depths of around 300 mm found in Alice Springs, the most reliable nearby gauging station in the upper catchment, though it is likely that totals may be even higher in the headwaters of the catchment at the foot of the MacDonnell Ranges. This decreases to less than 170 mm at the Finke Floodout. Although rainfall events can occur at any time throughout the year, key rainfall events are the large summer transient depressions of tropical origin that dump large amounts of rain over the MacDonnell Ranges. It is these big rains that create enough flow for the floodout to be inundated (A Duguid, pers. comm., 2013). Nonetheless, local flows may play an important part in influencing the persistence of the interdunal wetlands of the Finke Floodout.

Stevenson Creek has its headwaters in the Beddome Range at an elevation of around 370 m, running around 240 km, generally south-east, before it joins with Alberga River and becomes the Macumba River. Hamilton Creek also begins in the Beddome Range, but at a higher elevation than that of Stevenson Creek of around 500 m. It runs 250 km east south-east before merging with Stevenson Creek. The Alberga River has its headwaters at the foot of the much higher Mann-Musgrave Ranges, at an elevation of around 700 m. It runs in a generally south-easterly direction for around 350 km before joining Stevenson Creek. The Macumba River runs generally to the south-east for around 160 km before flooding out in a large area of swampland that also contains the floodout of Kallakoopah Creek before merging with the floodout of Warburton Creek and draining into Kati Thanda – Lake Eyre. The hydraulic connection formed between the Macumba River and Warburton Creek during high flow events has been suggested to be of great significance to local fish species (D McNeil, pers. comm., 2013). By linking the arid rivers of northern SA to the immense Georgina-Diamantina system that spans 600,000 km2 and contains many more permanent refugia, this connection provides the best means of repopulation of fish species after extended periods of drought. Recent research has indicated that fish species are consistent through the Macumba – Georgina-Diamantina system and different to those that were found in the Neales-Peake and Finke catchments (D McNeil, pers. comm., 2013). This provides evidence that the Macumba catchment has been hydraulically connected with Warburton Creek.

All major watercourses are characterised by sandy bed sediments and typically have quite good channel definition and several instream waterholes, except for Stevenson Creek between the Hamilton Creek and Alberga River confluences and the Macumba Floodout, both of which are poorly channelised, sandy floodplains. The Pedirka desert makes up much of the floodplains of the Alberga River and southern bank of Hamilton Creek, with the rocky gibber plains making up the floodplain for much of the middle reaches of Stevenson and Hamilton Creeks.

Annual rainfall in the catchment varies from approximately 300 mm at the feet of the Mann-Musgrave Ranges to around 140 mm at floodout. Although the majority of rainfall occurs in the summer months, significant winter rains are not uncommon (Costelloe et al., 2005). Key rainfall events in the Macumba catchment range from convective thunderstorms, with limited spatial extent but often with high intensities, to large transient depressions of tropical origin (Allan, 1985; Croke et al., 1999) that result in catchment-wide flooding.

The Hale River has its headwaters north of Alice Springs, in the north-east MacDonnell Ranges, around 800 m above sea level and runs approximately 300 km before flooding out into the dunefields on the edge of the Simpson Desert, 180 m above sea level. The channel prior to floodout is well-defined and sandy (Duguid, 2011). Examination of remotely sensed imagery and observations from aerial survey suggests that the Hale River Floodout forms an area of very dense woodland, similar to the Finke Floodout Forest (Duguid, 2011). There is no available information regarding the regularity, volume, or quality of flow events in this area.