The Cooper subregion lies in both Queensland and SA. Different approaches to groundwater planning and management operate in the two jurisdictions. Due to the importance of GAB discharge springs listed as endangered under the Commonwealth’s Environment Protection and Biodiversity Conservation Act 1999 (EPBC Act) the recovery plan for these springs is taken into account by jurisdictions in managing GAB groundwater. The recovery plan for the community of native species dependent on natural discharge of groundwater from the GAB (Fensham et al., 2010) is a joint plan by the SA, Queensland, NSW and Commonwealth governments. The overall objective of the recovery plan is to maintain or enhance groundwater supplies to GAB discharge spring wetlands, maintain or increase habitat area and health, and increase all populations of endemic organisms. Of relevance to groundwater planning is the plan’s stated objective to ensure flows from springs do not decrease (lower than natural variability) and are enhanced in some areas. 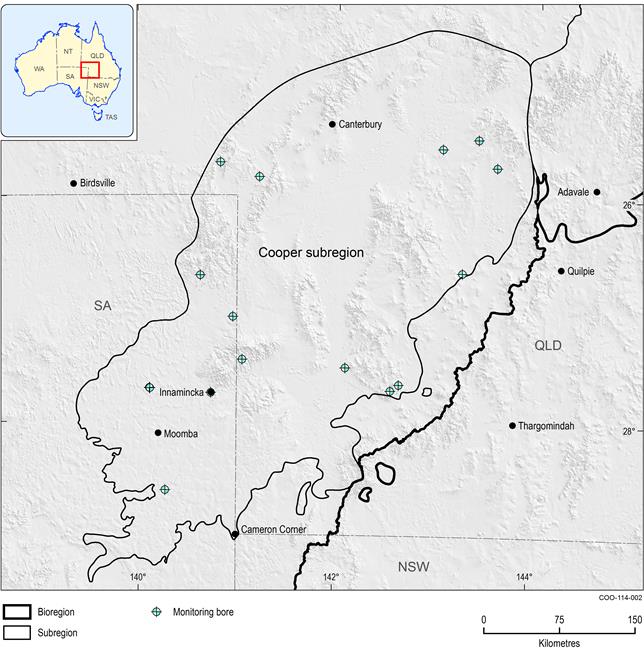 Figure 27 Locations of monitoring bores in the Cooper subregion

Groundwater in Queensland is managed under Queensland’s Water Act 2000 through subsequent water resource plans (WRP) and resource operations plans (ROPs) (Queensland Government, 2014a, 2014b, 2014c), or through declared sub-artesian areas under the Water Regulation 2002. ROPs provide the operational details to meet the goals of WRPs, including monitoring and reporting. The applicable WRP or sub-artesian area outlines the licence requirements for the take of water as well as the permit requirements to construct bores.

A licence is generally required for:

Within the Cooper subregion a licence is required for taking water for stock and domestic purposes from the GAB.

WRPs are generally catchment based and in the Cooper subregion regulate groundwater hydraulically linked to surface water. The Great Artesian Basin WRP differs in that it applies to artesian water and connected sub-artesian water in an area that spans parts of several surface water catchments. The Water Resource Plan (Great Artesian Basin) was published in 2006 (Queensland Government, 2014c). The GAB WRP applies to regional scale aquifers that span a large part of Queensland and many surface water catchments. The management areas of the GAB WRP that cover the Cooper subregion are the Warrego and Central management areas.

The Greater Western sub artesian area established under the Queensland Water Regulation 2002, covers the Winton and Mackunda aquifer system, the Lake Eyre Basin and other Cenozoic aquifers, as well as groundwater in the Cooper Basin hydrogeological system. A water entitlement, water permit or seasonal water assignment notice are not required for stock and domestic water, or water for a prescribed activity.

Groundwater management for petroleum activities is dealt with by the underground water management framework under Queensland’s Water Act 2000. This framework includes a requirement for baseline assessments and preparation of underground water impact reports, as well as the provision of make good obligations. Petroleum and gas operators have the right to take associated water under Queensland’s Petroleum and Gas (Production and Safety) Act 2004 as part of the processing and extraction of petroleum and gas.

In SA groundwater is managed under SA’s Natural Resources Management Act 2004. Water allocation plans (WAPs) are developed by natural resource management (NRM) boards for each prescribed resource in their region. The Far North Prescribed Wells Area (PWA) covers the part of the Cooper subregion which lies in SA and extends to cover a large portion of the state. The Cooper subregion lies within the Central zone of the Far North PWA.

The Far North PWA WAP (SA Arid Lands Natural Resources Management Board, 2009) is achieved by limiting or excluding new bore development and undertaking to limit drawdown in the vicinity of springs. A management approach based on an acceptable fall in artesian head has been adopted. Under the Far North WAP, a pool of GAB water for consumptive use solely by the petroleum industry has been set aside for use as co-produced water. This allocation is set at 60 ML/day.

aThere is a 10,000 ML state reserve shared across all management areas of the GAB that could be applied for in the subregion (Queensland Government, 2014c).