The ground surface elevation has been extracted from the 1-second Shuttle Radar Topography Mission (SRTM) DEM data (Geoscience Australia, 2008), which has a resolution of 28.6 m x 28.3 m. From the original SRTM data, CSIRO and Geoscience Australia have produced the smoothed 1‑second DEM dataset with buildings and vegetation removed (Geoscience Australia and CSIRO Land and Water, 2010) (Geoscience Australia, Dataset 20). This SRTM DEM was re-sampled at a lower resolution (200 m) to allow use in the three-dimensional geological models (Bioregional Assessment Programme, Dataset 21). This is the primary source of elevation data used in the Assessment. However, particularly in low-lying areas such as the Richmond river basin or Clarence river basin, the use of lidar data would be beneficial, as there is only very limited topographic relief where small errors in the DEM potentially have a large influence on the conceptual and numerical models. Lidar data exist for most of the Clarence-Moreton bioregion in Queensland and for part of the bioregion in NSW, and are owned by Queensland and NSW state agencies. However, these data have not been obtained due to their very considerable cost. 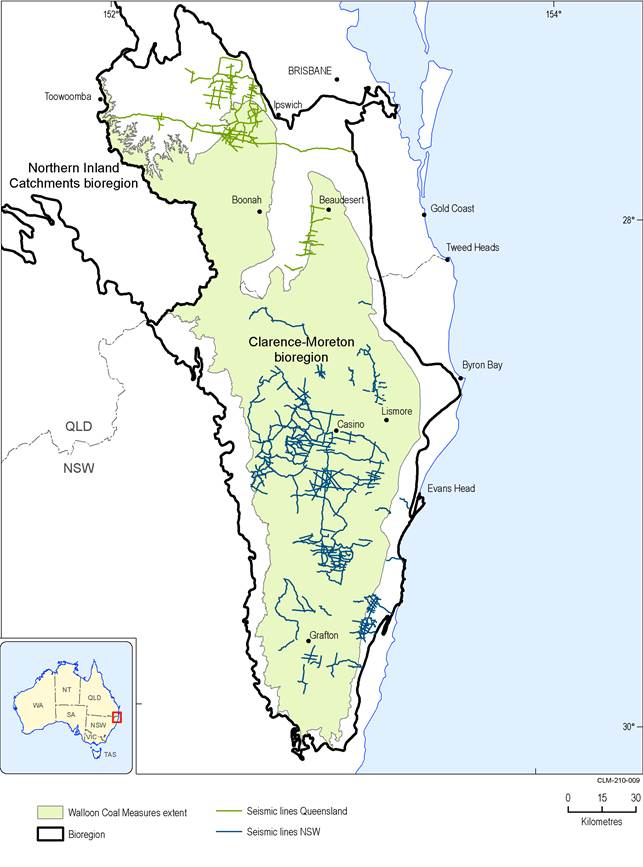