Geological maps used in the Assessment are:

Apart from the larger-scale (1:1,000,000 or 1:2,000,000) geological maps which generally do not show enough differentiation between formations (e.g. between the Gatton Sandstone and the Koukandowie Formation in many areas), there is no single geological map that covers the entire bioregion. As a result, and also to account for the revision of the stratigraphy of the Clarence-Moreton Basin in NSW, a new composite geological map which combines different datasets was developed for the Assessment (Figure 10). To serve the purpose of the three-dimensional geological modelling, this composite geological map needed to be further simplified as only limited complexity can be captured by the three-dimensional geological model due to computational limitations.

To achieve this simplification, stratigraphic units were combined where possible (e.g. different intrusive rocks were combined into a single class) and the alluvial aquifer boundaries were changed to exclude small alluvial tributary systems with widths of less than 200 m. 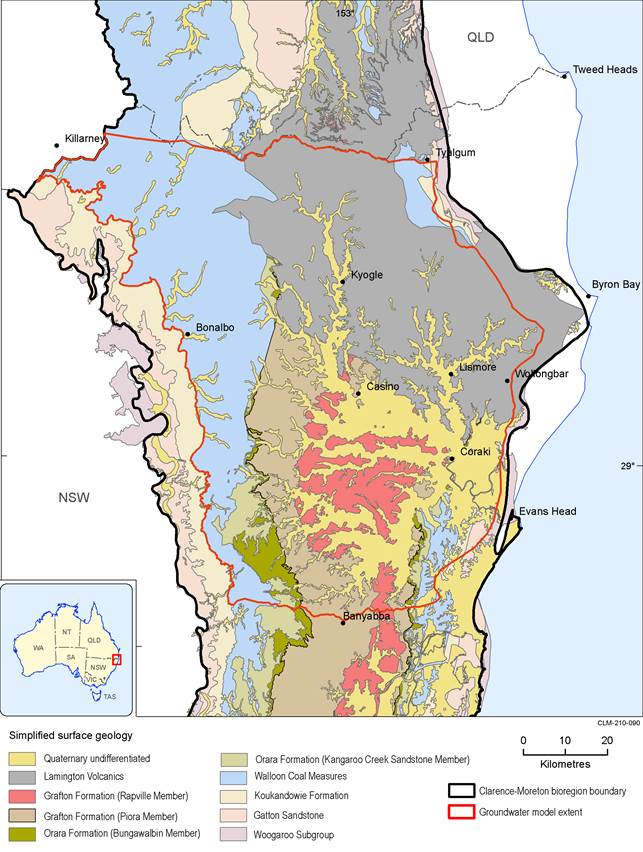 This map adopts the revised stratigraphic classification proposed by Doig and Stanmore (2012).