The Namoi subregion is part of the Northern Inland Catchments bioregion (Figure 3). The Northern Inland Catchments bioregion is located west of the Great Dividing Range in eastern Australia. It includes parts of the northern Murray–Darling Basin in northern New South Wales and southern Queensland. Parts of the northern Murray–­Darling Basin that are not underlain by coal are not included. The bioregion adjoins the Clarence‑Moreton bioregion in the north-east, and the Northern Sydney Basin bioregion in the south. It covers an area of about 248,000 km2. 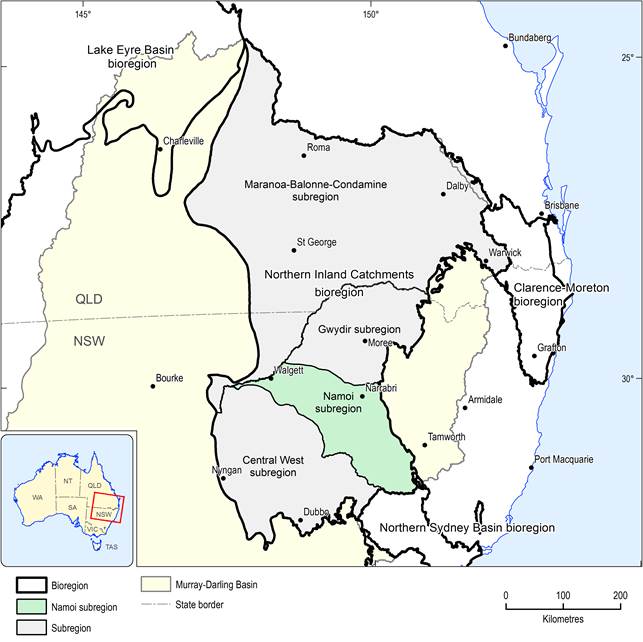