The Maryvale Coal Field is currently being mined at Yallourn (Figure 11). The coal reserves are considered to meet the projected demands of the power station until 2032 (Energy Australia, 2015a).

A realignment of the Maryvale Coal Field was considered necessary to reduce the overall volume of overburden to be removed within the mine boundary (DPCD, 2010). The variation area for realignment of the Maryvale Coal Field (Figure 11) was located along the eastern edge of the field, the south of the East Field extension. The diversion of the Morwell West Drain was also proposed.

In June 2012, the Morwell River diversion in the Yallourn Mine failed across an embankment engineered to carry the river across the coal mine (Department of Primary Industries, 2013). The failure damaged infrastructure and caused water to flow into the open-cut mine (Energy Australia, 2015b). Earthworks at the site, a liner system and extra drainage were completed to repair and remediate the site.

In 2013, Energy Australia applied to increase the volume of water discharged into the Morwell River (GHD, 2013). Variations to the Work Plan for the mine will increase the mine area and the catchment size, facilitating the need for discharge of waters above the Environmental Protection Authority (EPA) licence limits. 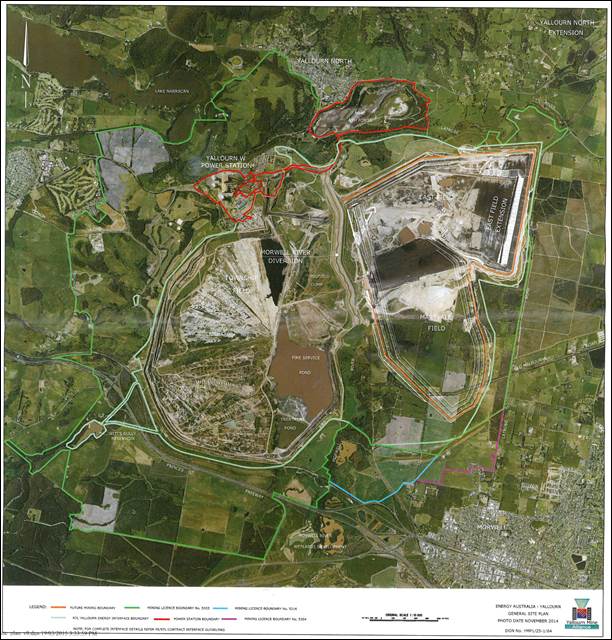