The Gippsland Basin has a long history of exploration and mining of black and brown coal. The first mining of black coal occurred at Wonthaggi in 1909 (Vines, 2008), ending with the closure of the State Coal Mine in 1968 (Holdgate, 2003). Brown coal mining began at a significant scale in 1924 when the State Electricity Commission of Victoria (SECV) took over operations of the Old Brown Coal Mine to supply coal to the Yallourn Power Station (Harvey, 1993). Brown coal mine development has continued since and now focuses on the three existing coal mines: Yallourn, Hazelwood and Loy Yang.

Under the Australian classification system, it is estimated that Australia holds approximately 22.6% of the world's recoverable Economic Demonstrated Resource (EDR) of brown coal. Approximately 99% of Australia’s brown coal EDR and 97% of its total Identified Resource of brown coal are located in Victoria – predominantly in the Latrobe Valley. Victoria is the only state in which brown coal is mined. Open-cut mines at Loy Yang, Yallourn and Hazelwood supply coal to nearby power stations. Small quantities of brown coal are also mined outside the Gippsland Basin at Maddingley near Bacchus Marsh to produce soil conditioners and fertilisers. Briquettes for industrial and domestic use, and low ash and low sulfur char products, are also produced from Victoria’s brown coal. 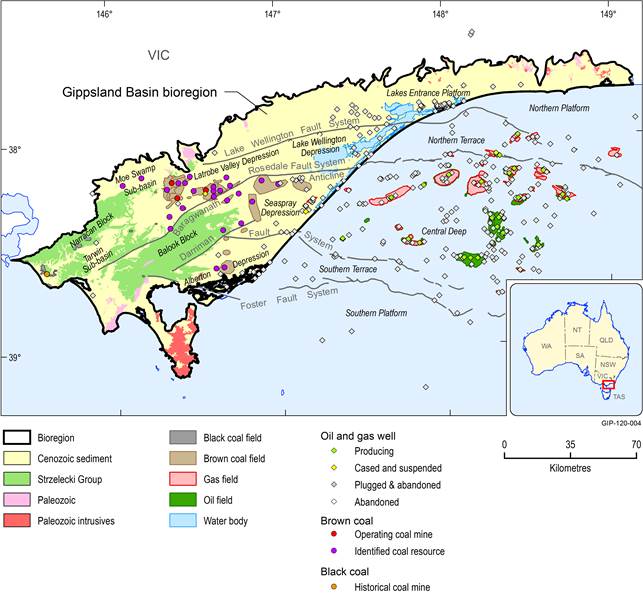 Figure 3 Distribution of coalfields and resources, oil and gas fields of the Gippsland Basin bioregion