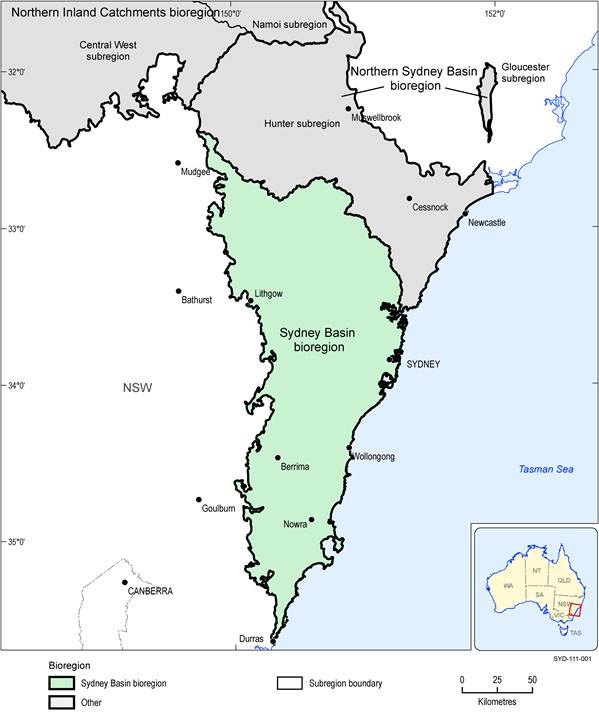 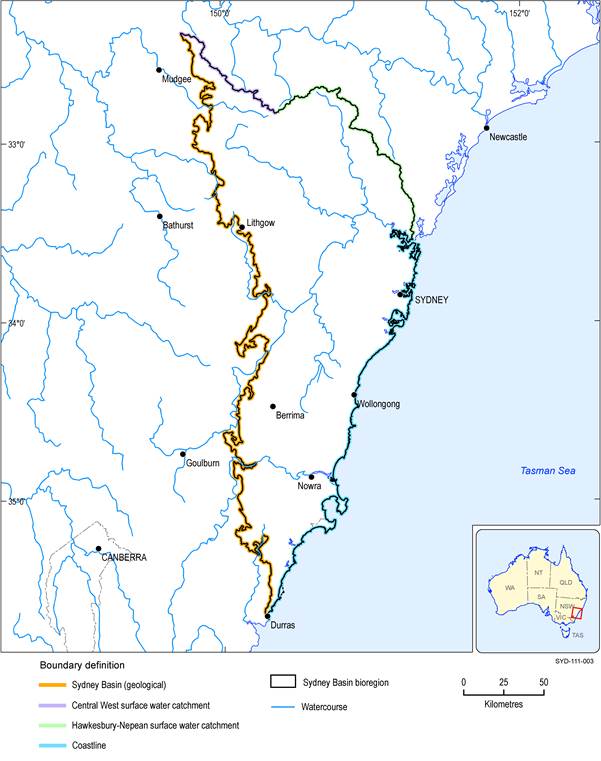 The surface water catchment boundary between the Hawkesbury-Nepean River system and the Hunter-Central Rivers systems conforms to the boundary between the former Hawkesbury-Nepean Catchment Management Authority (CMA) and the Hunter-Central Rivers CMA (DIPNR, 2003). It was this CMA boundary that was the basis for defining the Sydney Basin bioregion and Hunter subregion in 2012. On 1 January 2014, all CMAs in NSW transitioned into local land services (LLS) regions (NSW Government, 2014). Part of the Central-Coast portion of the Hunter subregion became part of what is now the Greater Sydney LLS region and part of the Hawkesbury-Nepean CMA area became part of the Hunter LLS (Figure 5).