A summary of some important exploration results reported by various companies in the Galilee Basin in recent times is in Table 11 (not including the deposits which are previously listed in the proposals section).

As well as greenfield exploration programmes, some of the main development companies in the Galilee Basin are working on further delineating the extent of their known coal resources, with a view towards better understanding the dimensions and quality of these coal deposits and potentially increasing the size of their total resources. For example, Waratah Coal is undertaking additional exploration work around the China First Coal Project to potentially delineate additional coal resources (Waratah Coal, 2013a). 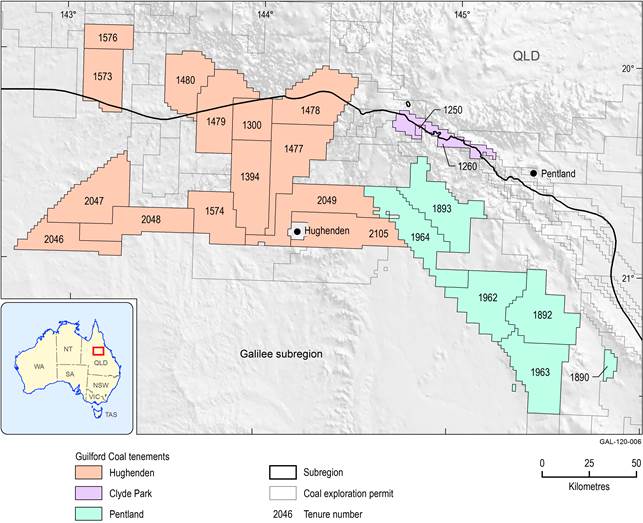 Source data: Queensland DNRM (2014a). The regional project names of Hughenden, Clyde Park and Pentland for tenement collections are those used by Guildford Coal.

The exploration projects listed here are those within the Galilee subregion that have been identified as having a coal resource compliant with the Joint Ore Reserves Committee (JORC) Code. EPC is exploration permit for coal