As of 28 July 2014 there are 23 granted exploration permits for petroleum (EPPs) either wholly or partly within the Galilee subregion (Figure 11). These tenements are mainly concentrated around the deepest sedimentary depocentres of the Galilee Basin, namely the Lovelle Depression in the west, the Koburra Trough in the east, and in an area north of the Barcaldine Ridge around Aramac. The EPPs are held by 13 listed companies. Note that due to the different terminology used in the Queensland Petroleum Act 1923, petroleum tenements issued prior to the current legislation (the Petroleum and Gas (Production and Safety) Act 2004) are referred to as an authority to prospect for petroleum, ATP-P (rather than exploration permits for petroleum). The current terminology (EPP) is used throughout this report for consistency.

Additional to the granted EPPs there are a further 30 EPP applications either wholly or partly in the Galilee Basin (Figure 11). These were submitted in response to ‘calls for tender’ for these tenements, previously made by the Queensland Government. The most recent applications were lodged by Queensland Energy Resources Ltd (QER) in November 2013 (EPP applications 1179, 1180 and 1181). Of the existing 30 applications, 23 have previously been declared as unsuccessful applications. Only four applications are currently recognised as preferred tenderers by the Queensland Government. These are EPP 1093 (Seymour Energy Pty Ltd), EPP 1095 (Surat Gas Pty Ltd), and EPP 1141 and 1148 (Australian Shale Oil Resources Company Ltd). The timing of the award of these tenements is unknown.

As EPPs are awarded for both conventional and unconventional hydrocarbon exploration (conventional petroleum, CSG, shale gas, and tight gas), it is possible that not all of the EPPs in Figure 11 may be targeting CSG plays. To identify the main companies and tenements focused on CSG exploration, the listed tenement holders were cross-checked with publically available information on CSG wells drilled in the Galilee Basin. These data are available from the Queensland IRTM online system (Queensland DNRM, 2014d). As a result of this evaluation and the number of exploration wells drilled, the main companies involved in CSG exploration in the Galilee Basin in recent years are: 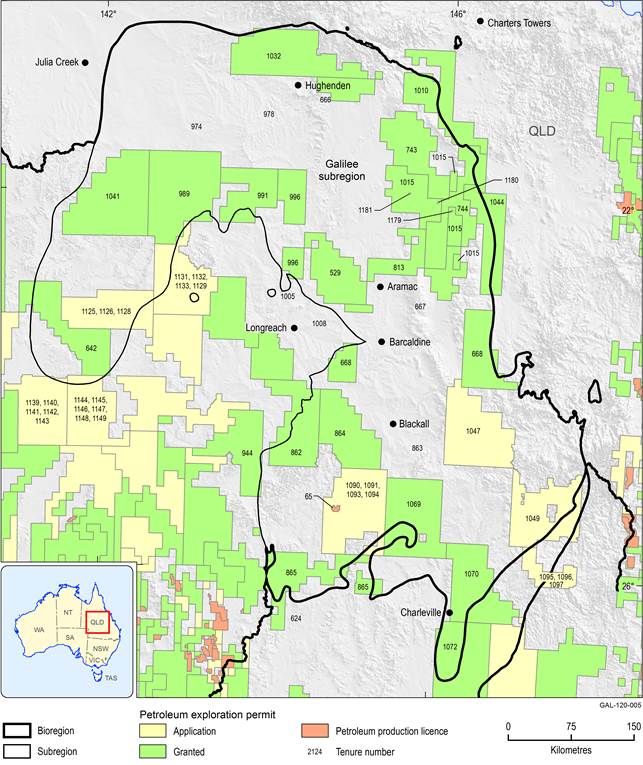 Figure 11 Exploration permits for petroleum and production licences in and around the Galilee subregion, July 2014