As of 28 July 2014 there are 154 EPCs either wholly or partly covering the Galilee subregion (Figure 9), with most granted between 2008 and 2013 (inclusive). Several of these EPCs are in the process of being renewed. There are twelve pre-2008 tenements with the oldest dating to 2003 (EPC 771 held by Glencore Coal Queensland Pty Ltd (Glencore)). The size and shape of the coal exploration tenements vary considerably throughout the Galilee subregion. Most tenements occur in a contiguous arcuate band extending from the north of the basin (north-west of Hughenden) to the Springsure Shelf in the south-east (Figure 9). These EPCs are mainly within 50 to 100 km of the margins of the Galilee Basin and coincide with the zone in which the coal-bearing Late Permian rocks of the Betts Creek beds (and equivalent formations) are at mineable depth.

There is also a significant concentration of coal exploration tenements extending southwards from around Blackall in the southern part of the Galilee subregion (Figure 9). Most of these tenements are held by companies that are actively exploring for Eromanga Basin coals. These typically occur in the Cretaceous Winton Formation (Section 1.2.1.1).

In addition to the existing coal exploration tenements, at 28 July 2014 there are 8 EPC applications under assessment by the Queensland Government. There are seven applicants, of which two already hold title to tenements in the Galilee Basin (these being Coal Face Resources Pty Ltd and Endocoal Ltd). Decisions on these applications are pending.

Existing coal exploration tenements and pending applications cover about 33% of the Galilee Basin. The most current tenement data are publicly available via the interactive resource and tenure maps (IRTM) system maintained by the Queensland Department of Natural Resources and Mines (Queensland DNRM, 2014a). For the purposes of this report, tenement data were accessed from the Queensland Government on 28 July 2014.

There are 44 companies listed as the principal tenement holder of the 154 EPCs in the Galilee subregion. Of these, 15 companies hold more than three tenements. Companies with the most extensive acreage holdings are Waratah Coal (15 EPCs), Coalbank (14 EPCs through its subsidiary company Tambo Coal and Gas Pty Ltd), Guildford Coal (14 EPCs through tenements held by itself and through its 100% owned subsidiary, FTB (Qld) Pty Ltd), Fox Resources (12 EPCs), and Cockatoo Coal (11 EPCs acquired through acquisition of Blackwood Corporation in early 2014, including Blackwood’s wholly owned subsidiary Matilda Coal Pty Ltd).

Further information about these companies and some of their activities is provided in the coal exploration section of this report (Section 1.2.3.1). 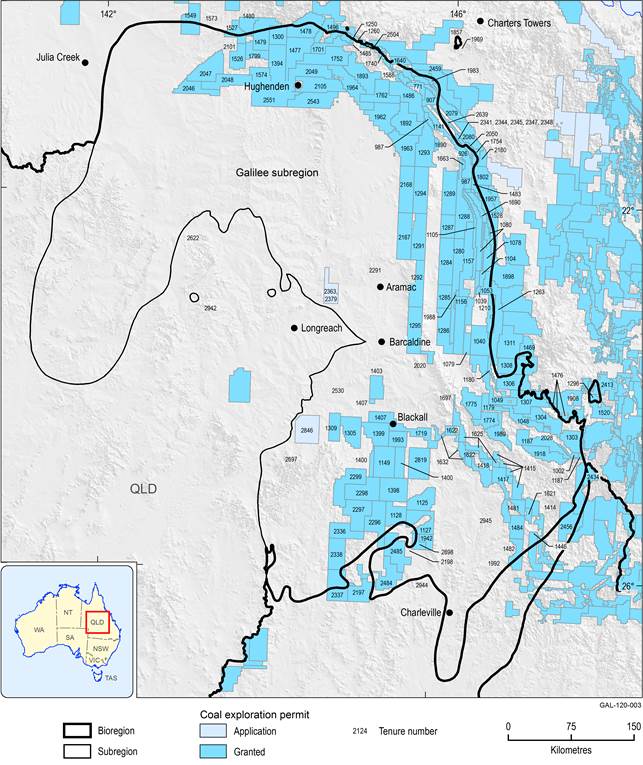 Figure 9 Exploration permits for coal in and around the Galilee subregion, July 2014

Source data: Queensland DNRM (2014a). Only tenements that are wholly or partly within the Galilee subregion are labelled.