The surface water model nodes are the locations where streamflow predictions are made. In general, these nodes are located either:

For ease of reporting (see Section 2.6.1.6), model nodes have been numbered from the most downstream node upstream, commencing with node 1 on the Hunter River at Greta. Numbers progress along the main river channel and up each tributary with a node in the order that tributaries meet the main river channel. This is illustrated in Figure 5. In the Wyong river basin, numbering starts at node 64 and completes with node 65. 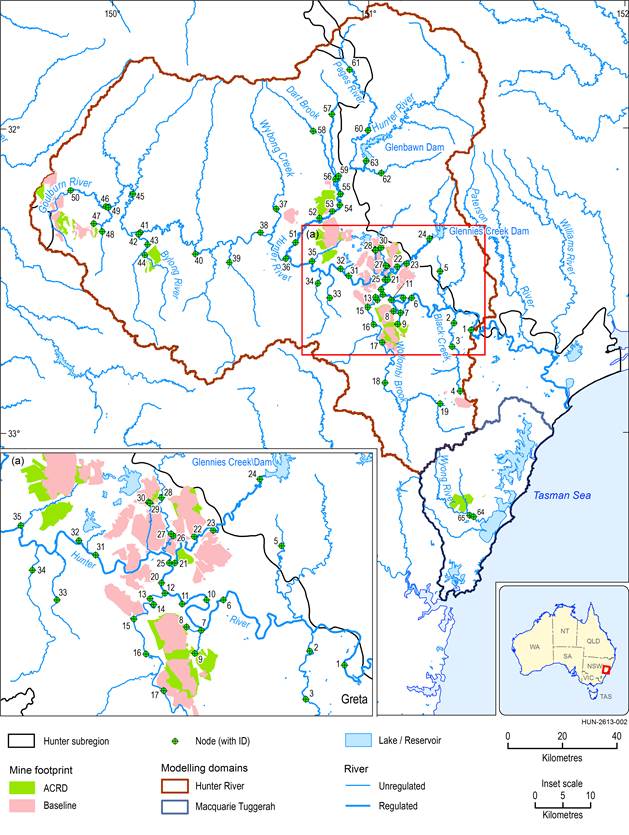 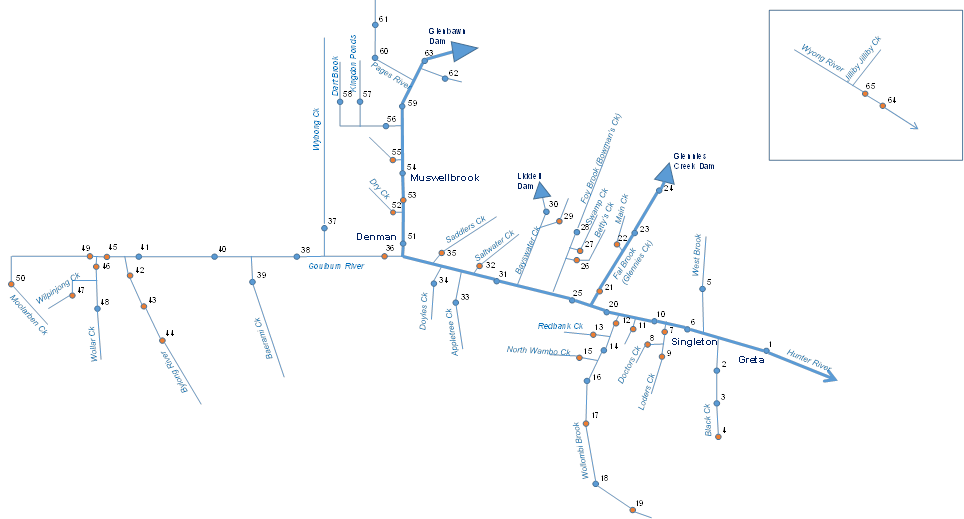