The Gunnedah Basin (Figure 3) is estimated to contain an Economic Demonstrated Resource (EDR) of 1647 Mt (44,469 PJ) of predominantly thermal black coal, approximately 3% of the Australian black coal EDR. The Sub-Economic Demonstrated Resource (SDR) for the Gunnedah Basin is 40 Mt (1077 PJ), with an inferred resource of 710 Mt (19,170 PJ) (Geoscience Australia and BREE, 2014). The coal resources of the Gunnedah Basin are located in two sub-basins, separated by a structural high, the Boggabri Ridge. The Maules Creek sub-basin is located to the east of the Boggabri Ridge, and the Mullaley sub-basin to the west of the Boggabri Ridge (Figure 4, and see Figure 18 in companion product 1.1 for the Namoi subregion (Welsh et al., 2014)). 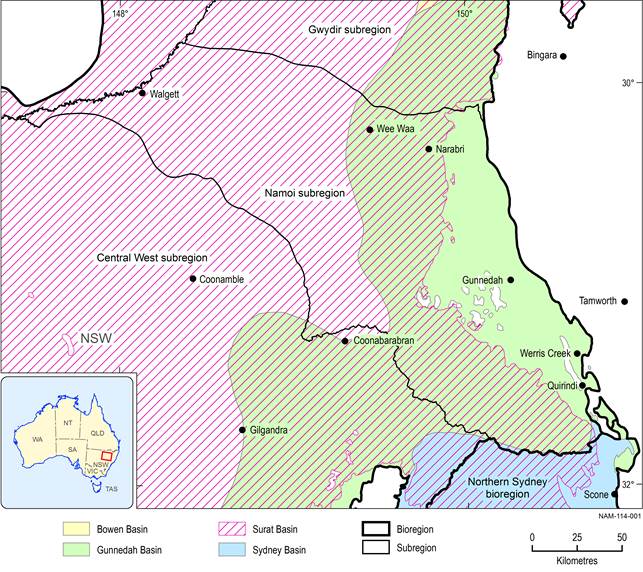