The 2P reserves of the five petroleum leases in which these three gas fields are located are summarised in Table 4. Their combined 2P reserves are 2669 PJ as of 31 December 2013 (DNRM, 2014d). The majority stakeholders of these tenures are APLNG, QGC, and Coal Seam Gas Company Pty Ltd (CNOOC) with QGC acting as the operator. The target coals are the Walloon Coal Measures. Gas processing occurs at the Windibri Gas Processing Facility, which has a capacity of 144 TJ/day, and the Kenya Central Gas Processing Facility, which has a capacity of 180 TJ/day (QGC feedback, received 15 August 2014). The processed gas is supplied to Incitec Pivot’s Ammonia Plant (74 PJ over 10 years) (Miningoilgas, 2014c) and QGC’s 140 MW Condamine Power Station (Australian Mining Link, 2013a).

Table 4 Petroleum leases and corresponding 2P reserves for the Argyle, Kenya, and Lauren gas fields in the Maranoa-Balonne-Condamine subregion as of December 2013 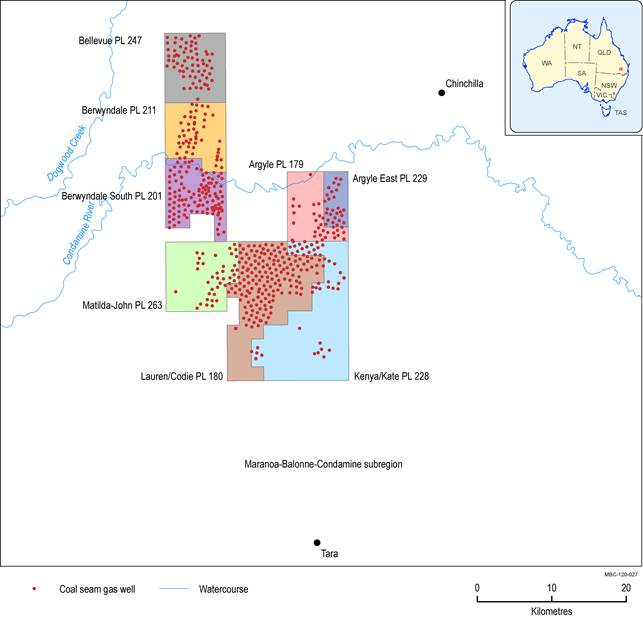