The Clarence-Moreton bioregion spans several coastal river basins in north-east New South Wales, and south‑east Queensland, and forms an area of about 24,292 km2, approximately 9500 km2 of which is in Queensland. In New South Wales it contains much of the Clarence and Richmond river basins, while in south‑east Queensland it covers the mid and upper parts of the Logan-Albert Rivers, Bremer River, Lockyer Valley, and parts of the Brisbane river basin (Figure 21).

The bioregion covers a large area, and spans multiple climate zones. The climate of the bioregion falls within the temperate and subtropical climate groupings (ABARES, 2013). It contains large areas of steep ranges and forests. The bioregion contains large river systems (e.g. Clarence and Richmond Rivers in New South Wales), and there are extensive river valley flats, floodplain swamps and wetlands in these areas. Grazing and cropping is undertaken in the large valley floor areas. There are also smaller areas of intense horticulture in locations such as the Alstonville plateau near Byron Bay in New South Wales. The Lockyer Valley in south‑east Queensland supports a large irrigated cropping and vegetable industry.

There are extensive areas of wetlands, with 31,000 ha in the Richmond river basin, and 43,000 ha mapped in the Clarence river basin (DLWC, 2000). The extensive wetlands in the lower Clarence valley are supplied by groundwater and local runoff (except during large flood events) (Auld, 1998: cited by DLWC, 2000). 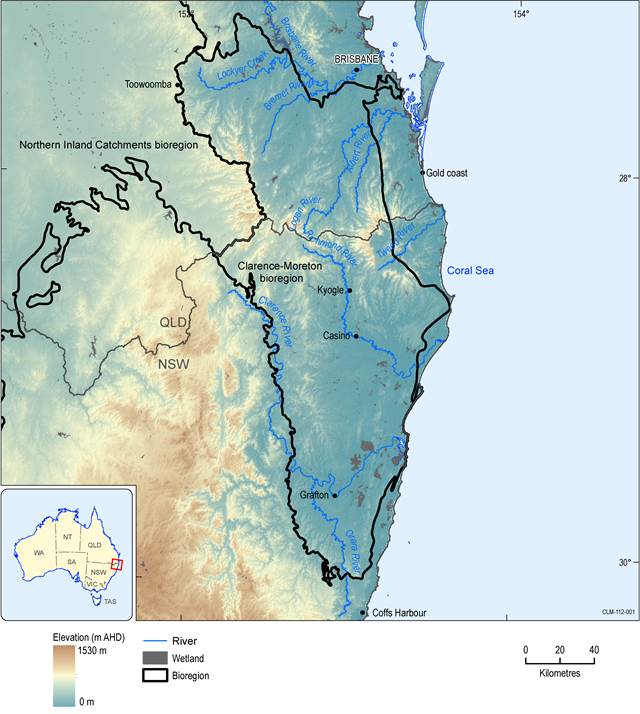 The bioregion is part of the New England-Moreton Uplands Province, within the broader Eastern Uplands Division. This diverse area covers parts of the six physiographic regions, which are listed in Table 2 (Pain et al., 2011), and shown in Figure 6. 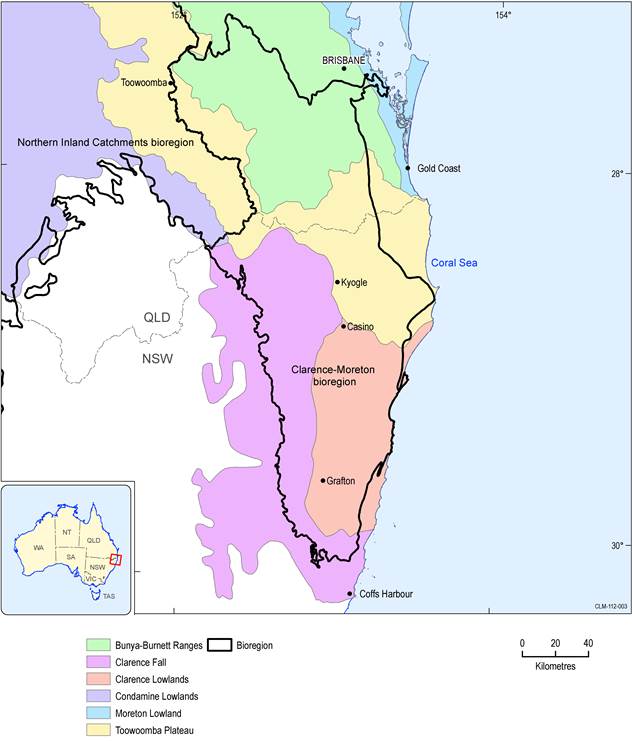 As expected in such a diverse area containing steep mountains, river valleys and coastal areas, there is wide variability in soil type across the Clarence-Moreton bioregion. Soil Orders (Australian Soil Classification: ASRIS (2013)) are shown in Figure 7.

In New South Wales there are several large soil monitoring units (SMUs) in the bioregion (DECCW, 2010a). These include Clarence Sodic Soils around Grafton (Kurosols), Alstonville Plateau (Ferrosols), Casino Alluvials along the Richmond Valley (Vertosols), and North Coast Acid Sulfate Soils (Hydrosols) mainly in the lower parts of the Clarence and Richmond floodplain. In Queensland, the Lockyer, Bremer and Warrill valleys have large areas of alluvial plains (Vertosols) with surrounding undulating hills (Sodosols). 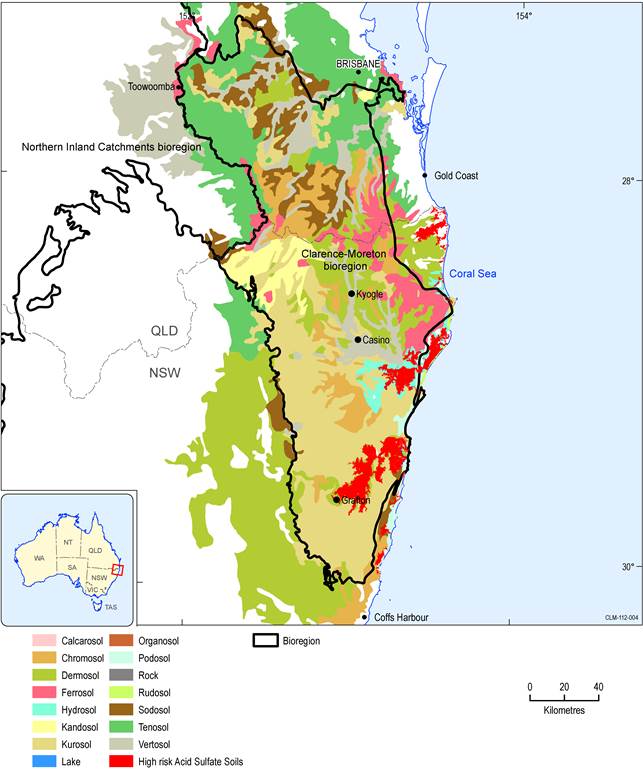 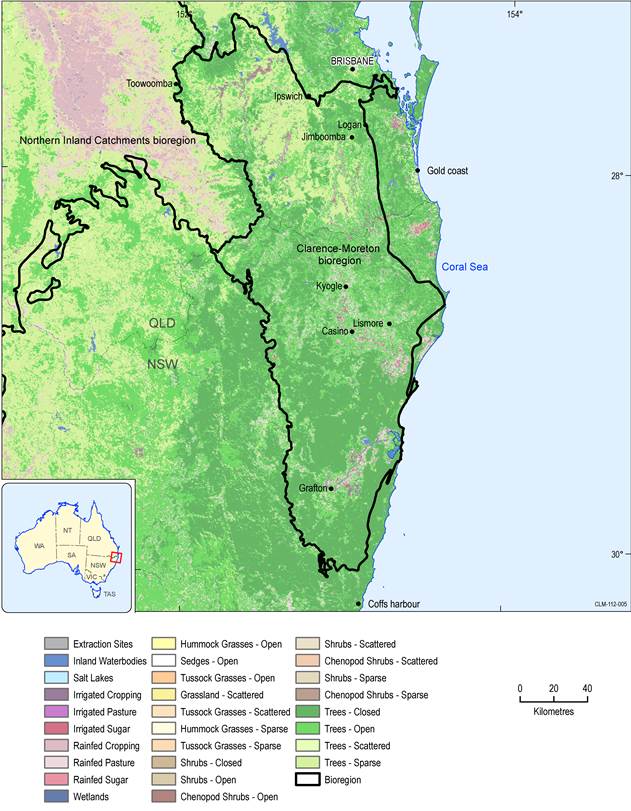