Daily streamflow data from eight gauging sites with unregulated catchments located in and around the Galilee subregion (Figure 10) were used to calibrate the surface water hydrological model.

Criteria for selecting the calibration catchments included that they:

The catchments of five of the eight gauges are located partly or fully within the Galilee subregion. These are Flinders River at Glendower (915013), Cape River at Pentland (120307), Mills Creek at Oondooroo (002105), Cornish Creek at Bowens Downs (003204) and Alice River at Barcaldine (003302). The catchments of the three remaining gauges (Porcupine Creek at Mount Emu Plain (915011), Darr River at Darr (003205) and Theresa Creek at Valeria (130210)) are located outside but close to the Galilee subregion boundary. Observed daily mean streamflow data for the above gauges were obtained from the Bureau of Meteorology (Dataset 2).

Boundaries for the eight catchments were delineated using the Geofabric (Bureau of Meteorology, Dataset 3). 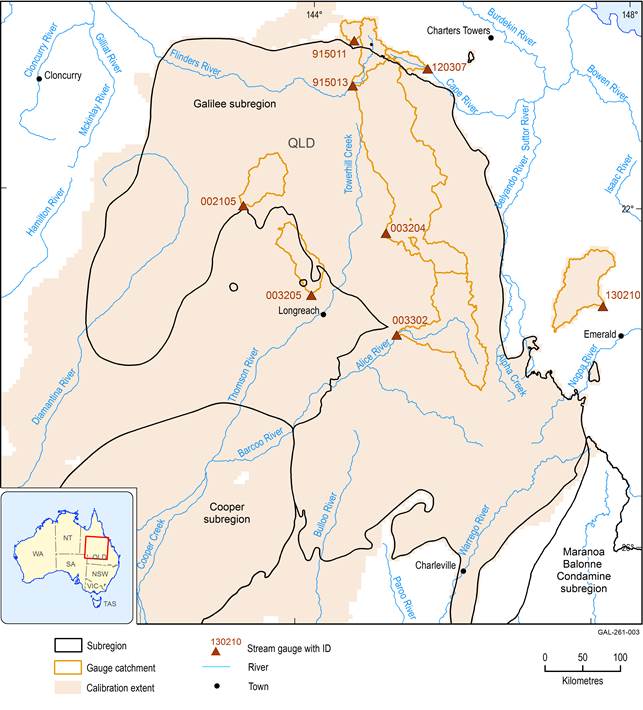