The surface water model operates on a daily time step and at a spatial resolution of 0.05 by 0.05 degrees. Model output from these grid cells are accumulated, in an areally weighted fashion, to provide daily streamflow predictions at the locations of interest. 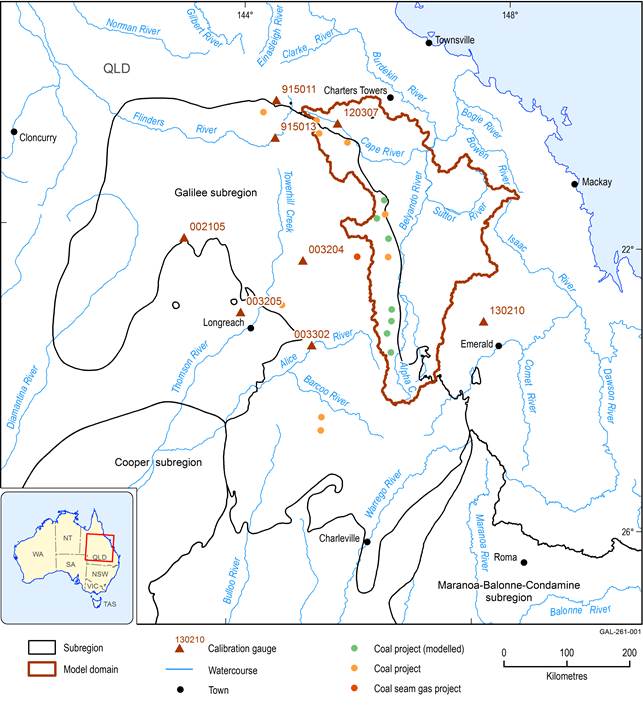 Both the baseline and coal resource development pathway (CRDP) include simulations from 2013 to 2102. However, for both, the period from 1983 to 2012 is also modelled and acts as an extended spin-up period (the period of time in which the model is allowed to run prior to the period for which predictions are required – it allows the initial values of any model stores to converge (or equilibrate) towards natural conditions before the prediction period begins).