The present geological architecture of the Gloucester Basin suggests that it has experienced a complex structural history. Early normal and syn-depositional faults are widespread and extensive, and in many cases have been reactivated by the later Hunter-Bowen Orogeny (AGL, 2010). The main tectonic episodes proposed for the Permian development of the basin are summarised below (Grieves and Saunders, 2003; SRK Consulting, 2005, 2010):

Harrington et al. (1989, p. 64) described the paleogeography of the Gloucester Basin. Deposition in the basin was initiated and controlled by northerly faults active during sedimentary infilling. This began in the Early Permian period, when fluvial gravel and sand deposits formed at the base of the unit and were interbedded with the Alum Mountain Volcanics. 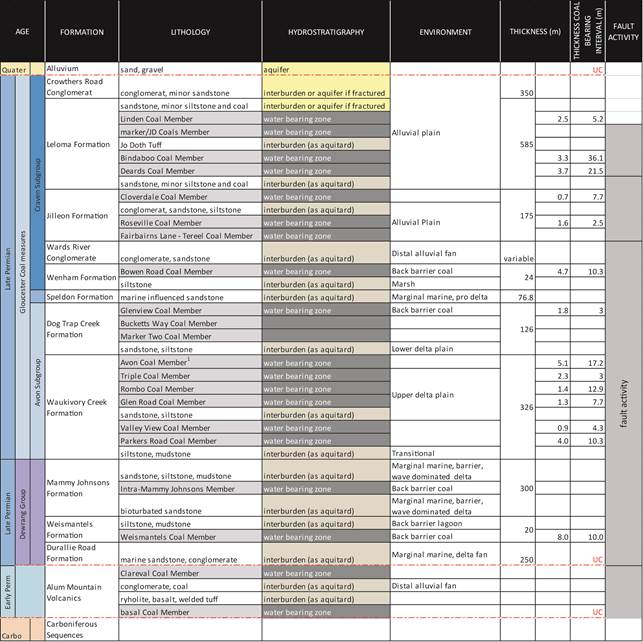