Coal is a combustible sedimentary rock of organic origin. It forms by the accumulation of ancient vegetation that is altered over geological timescales (millions of years) by microbial decay and the variable effects of temperature and pressure due to burial (Figure 6).

Layers of coal are consolidated and altered between other rock strata, such as sandstone and shale, in a process known as coalification. Individual layers of coal can range in thickness from millimetres to tens of metres. There is significant natural diversity in coal parameters such as type, rank and grade (discussed further below), which mainly reflects variations in the way in which coal is formed, such as different precursor vegetation types and variations in post-depositional heat and pressure.

Figure 6 Transformation of peat into brown and black coal

Coal consists mainly of carbon, hydrogen and oxygen, with minor amounts of nitrogen, sulfur and other elements. It also contains a variable percentage of water and inorganic minerals. In Australia, black coal (so-called because of its colour) refers to anthracite, bituminous and sub‑bituminous coals (Table 10). This basic terminology has also been adopted for the BAs. Coal varies from a relatively bright and shiny rock, to a dull one and may be hard or soft (Geoscience Australia and BREE, 2013). Brown coal (or lignite) is lower in rank than black coal (Figure 3), contains more moisture and produces less energy during combustion.

Coal has long been used by people, initially to generate heat when burnt and, in more recent times, as feedstock for electricity generation and for various industrial applications. Coal currently provides the major energy source for Australia, accounting for about 60% of national electricity production (Geoscience Australia and BREE, 2013). Two common terms used to characterise black coal are thermal coal and coking coal. Thermal coal is black coal used to generate electricity in coal-fired power stations, where coal is pulverised and burnt to generate steam in large boilers. Coking coal is black coal used to make coke, a porous solid compound of carbon and ash used in blast furnaces to make various iron-based products. Due to their relative scarcity (as they must be relatively free of impurities such as sulfur), coking coals are sold at higher prices than thermal coals.

Coal type relates to the depositional origin of coal at the time it initially began to accumulate and the resulting mix of organic components (macerals) and inorganic minerals (O’Keefe et al., 2013). Coal type is independent of rank and is expressed as the maceral composition of the coal. There are broadly two different types of coal: humic coal and sapropelic coal. Humic coals develop from woody or reedy vegetation that originally accumulates as peat and undergoes transformation to coal in relatively moist and aerobic conditions, for example, within a peat bog (O’Keefe et al., 2013). In contrast, sapropelic coals are formed from non-woody organic sources, such as algal and spore fragments, which decay within stagnant, anaerobic environments. These typically develop as organic-rich muds. Within these two main coal types, further subdivisions are possible based on maceral compositions and depositional environments (see O’Keefe et al. (2013) and references therein for further information).

Grade refers to the amount of inorganic mineral matter that is mixed with the organic components of the coal. Grade is independent of coal type or rank, such that a high-grade coal has a low percentage of inorganic minerals and thus, a high degree of organic matter.

Coal rank refers to the geochemical changes (and the allied changes in reflectance properties) that result from increased thermal maturity of coal. These provide a reflectance overprint on coal type and as the coalification process progresses this may vary the nature of both the organic and inorganic components (O’Keefe et al., 2013). There are several parameters that can be used to determine or describe coal rank. These include, but are not limited to, percentage of volatile matter, percentage of carbon and calorific content (Figure 7). One of the most useful and widely used parameters is vitrinite reflectance. 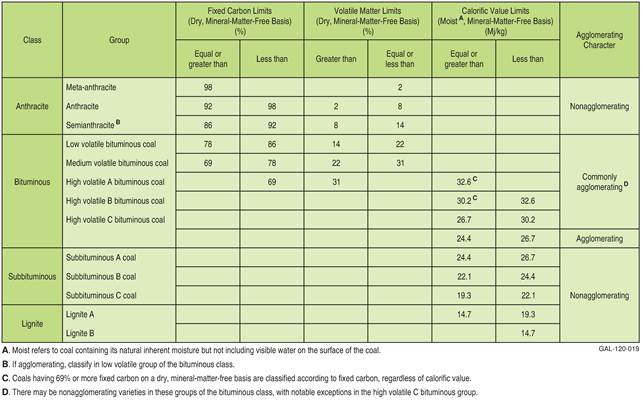 Figure 7 Classification of coals by rank

Important characteristics of CSG resources that may be available from published accounts of exploration or development include whether the CSG is thermogenic or biogenic, as well as various gas compositional data, gas saturation levels and isotope parameters. The current understanding and knowledge of CSG reservoirs in the bioregion or subregion is useful information to provide as part of reporting in companion product 1.2 (if available). In particular, two key parameters for successful reservoir characterisation are permeability and gas saturation (as a percentage). Permeability determines the gas (and water) flow rates which largely governs the commercial success of a CSG development (Moore, 2012). Gas saturation percentage (which is measured from desorption and adsorption analyses of coals) also influences the flow rates and the overarching rate of recoverability of the gas in the coal reservoir.

Fundamental to the success of any CSG development is ensuring that the coal exists (thickness by area), determining its gas content (and hence sorption pressure via a sorption isotherm), and knowing what the permeability of the seam is now and how that permeability will change if depressurised. The latter point is extremely important as the permeability of coals is greatly affected by the effective stress (S Cadman (Geoscience Australia), 2013, pers. comm.). Consequently, a summary of this type of CSG-related information is useful to provide in the BA. However, such data may not always exist or be readily available and the level of detail that individual Assessment teams may be able to derive from this type of research will consequently vary.