CSG appraisal wells in the Weena Trough at Le Chiffre-1, Klebb-1, Klebb-2 and Klebb-3 have intersected up to 147 m of total coal thickness (Strike Energy Limited, 2015), with up to 89 m of coal in the Patchawarra Formation. The main coal seams intersected in these wells are the Vm3 and Vu seams. The Vu seam is up to 45 m thick (Strike Energy Limited, 2014b). These are the thickest cumulative and individual coal thicknesses recorded in the Patchawarra Formation, as well as the wider Cooper Basin. 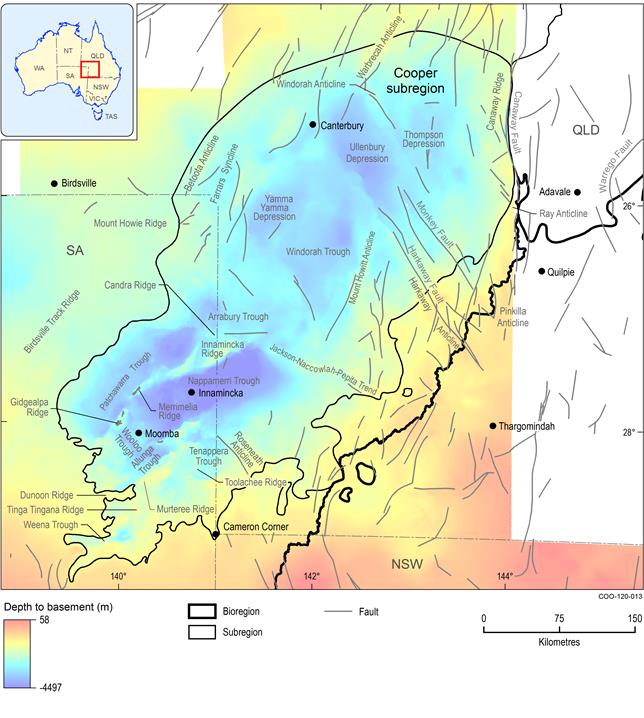 Depth to basement image is the seismic z-horizon. This is the top of the Warburton Basin, interpreted from seismic data and well intersections. 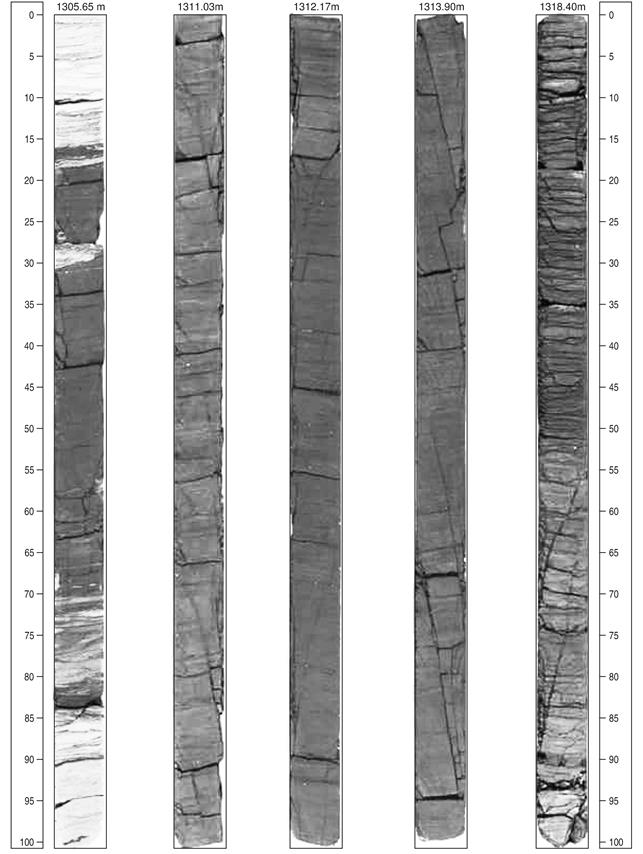 This core photograph shows the uniform black, earthy coal with silty interbeds from the Weena Trough.