Coal occurs within the Permian rocks of the Tirrawarra Sandstone, Patchawarra, Epsilon, Daralingie and Toolachee formations of the geological Cooper Basin (Figure 4). Coal thickness and distribution maps for the Patchawarra and Toolachee formations are provided in companion product 1.1 for the Cooper subregion (Smith et al., 2015). In addition, coal seams have also been recorded in the overlying geological Eromanga Basin, particularly the Jurassic Birkhead Formation and Cretaceous Winton Formation. Lignite occurs in the Cenozoic Eyre Formation (Smith et al., 2015). Further information on coal classifications can be found in Appendix A. 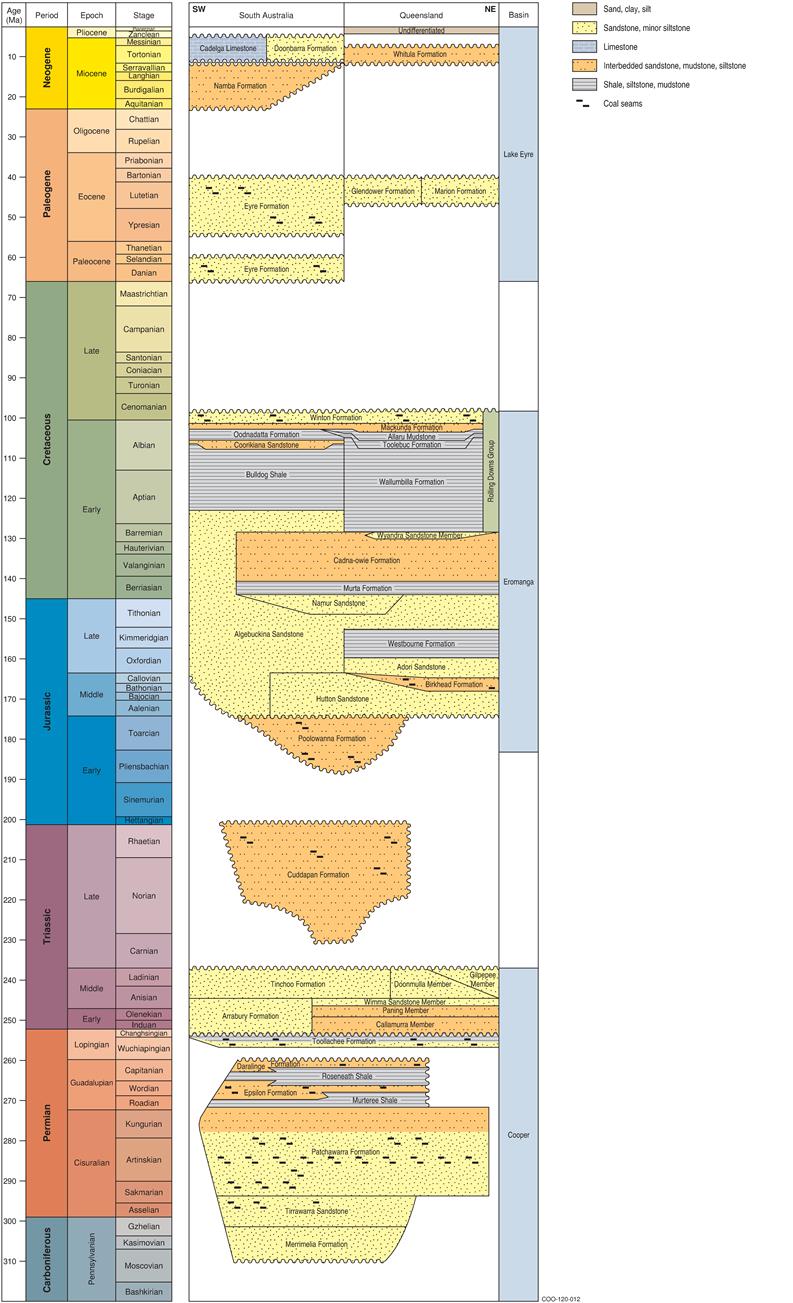 The stratigraphy of the Cooper Basin is being refined by Geoscience Australia, SA and Queensland agencies. Where possible, this will be reflected in subsequent products for the Cooper subregion.