There are three existing models that could potentially be used for river system modelling. They are:

IQQM (Integrated Quantity and Quality Model) is the model that forms the basis of most state agency river models in NSW and Queensland. It has been developed to aid the development and assessment of water sharing plans and river management rules. IQQM models have been developed for all river basins in the Northern Inland Catchments bioregion and for some of the coastal river basins in the remaining bioregions.

Source Rivers is a recent extension of IQQM that also includes some of the functionality of river system models used in other jurisdictions (e.g. Victoria).

AWRA‑R has been developed as the river modelling component of the AWRA modelling system. It is a simplified version of Source Rivers that includes most, but not all, of the functionality of the latter. However, it additionally includes explicit representation of surface water – groundwater interactions and a floodplain modelling algorithm, as well as having a more robust calibration methodology. AWRA‑R has been applied widely throughout the Murray–Darling Basin and in many other river basins in eastern Australia. The two components of the AWRA modelling system are currently operated uncoupled, but work is underway on coupled operation.

The option of adopting pre-existing models is not viable for the river system modelling in bioregional assessments (BAs). In general, it will be necessary to modify existing models to account for changes in flow associated with the baseline and coal resource development pathway (CRDP). This, in turn, will dictate that the river system models will require recalibration in every basin. Indeed, the need for recalibration of IQQM and Source Rivers models is also dictated by the use of different runoff inputs to those with which the models were originally calibrated.

As with the streamflow modelling component of the surface water modelling in BAs, it is desirable that, as far as possible, the river system modelling component be conducted using a consistent methodology and modelling platform. There is also a requirement that the models used, including their code, executables, data and parameters, be made publicly available.

In the light of access and publication difficulties with IQQM and Source Rivers, AWRA‑R appears to be the best option for river system modelling in the Bioregional Assessment Programme.

Apart from the accessibility of its code, AWRA‑R offers several other advantages for BA modelling. It is relatively easy to set up and calibrate and there is ready access to local expertise. Secondly, AWRA‑R explicitly accounts for surface water – groundwater interactions, includes a floodplain modelling component and does not include unaccounted losses and gains. Thirdly, the robustness and rigour of AWRA‑R’s automated single-step calibration procedure is particularly appropriate for the purposes of BA modelling. Finally, although AWRA‑L and AWRA‑R will be used in an uncoupled fashion during the BAs, ongoing work to fully couple the two models means that future incarnations of BAs can easily transition to this coupled model.

In the main – and modelling of impacts of coal resource development notwithstanding – the use of AWRA-R in BA falls somewhere between the adopt and adapt strategies canvassed in Section 2.2.

A brief model overview of AWRA-R is presented in this section. A complete technical description, governing equations and justifications of structure and specific parameter values are reported in Dutta et al. (2015). New components of AWRA-R that have been added specifically for BA are described in Appendix A.

The AWRA-R model uses a node-link concept, where a river system is schematised into a simplified river network using a node-link structure. The river network begins and ends with a node, and all nodes are interconnected by links. A link is used for transfer of flow between two nodes with routing. Runoff from gauged or ungauged tributaries or local contributing area between two nodes is fed into the connecting link as an inflow at the relevant location; all other physical processes (such as diversions, groundwater fluxes, overbank flow) occurring between the two nodes are incorporated in the link (Dutta et al., 2015). AWRA‑R includes the following modules that are used to compute different parts of the water balance (Figure 8): 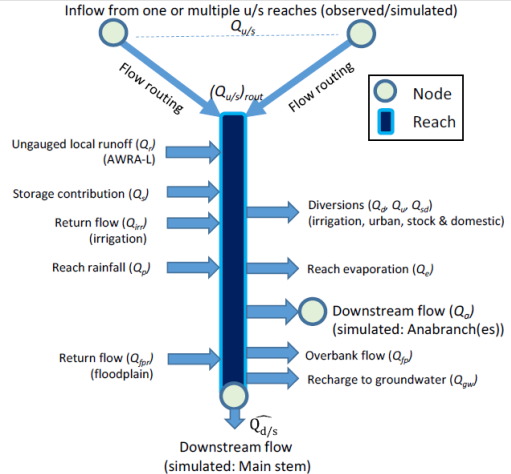 Figure 8 Schematics of AWRA-R with the different modelling components

Source: Figure 2.2 in Dutta et al. (2015). This figure is not covered by a Creative Commons licence. It has been reproduced with the permission of the CSIRO Land and Water.

The meteorological datasets are readily available to modellers in the Bioregional Assessment Programme and are ready to use immediately. Streamflow records are available from the Bureau of Meteorology. However, there are substantial variations in the quality of observed streamflow records (Zhang et al., 2013), so there is likely to be a role for programme staff to vet data from individual streamflow gauges before it can be used in model calibration. Catchment boundaries can be extracted from the Geofabric dataset (Bureau of Meteorology, 2016c) using the best available digital elevation and gauge location information. Fluxes of reservoir release are available from state agencies.

AWRA-R was originally developed to provide daily retrospective estimates of water fluxes and stores in both regulated and unregulated river systems. The original model does not include management rules to determine allocations nor control of dam releases. In order to model river flow in regulated reaches, the AWRA-R model needs to determine allocations to compute the dam releases needed as inflow into the river system. To this end, new functionality was developed for BAs that performs a resource assessment and simulates downstream water demand (for irrigation, mining, industry, town water) and concurrent releases from major dams.

Details of the newly developed components of AWRA-R do not appear in the current version of the AWRA-R technical documentation (Dutta et al., 2015). They are presented instead in Appendix A.

These new components in AWRA-R provide a simplistic representation of river management that are relatively easy to run for multiple simulations and are sufficient for the modelling of BA impacts. It should be noted that AWRA-R as used here should not be used in place of the more complex river system models such as IQQM or Source Rivers for detailed river operations or management.

To apply AWRA‑R in a river basin, the modeller must first define a link-node network describing the surface water flow network in the basin. Nodes are typically assigned to streamflow gauging locations, reservoir release points and major stream confluences and bifurcations. Nodes may also need to be defined at locations of important assets or coal resource developments. Next, catchment boundaries must be delineated around each of the links that join the nodes. This allows tributary inflows from the streamflow model to be allocated to the correct link.

Depending on the subregion, AWRA-R is calibrated using either an automated, single-step approach or a reach-by-reach approach, in which each reach is independently calibrated starting from the headwater catchments in a cascading manner from upstream to downstream reaches (Lerat et al., 2013). When calibrating a reach, the upstream inflows are set to the observed streamflow data. Outside of this period, or during periods with no streamflow data, upstream modelled inflows are used instead (Lerat et al., 2013). The parameters are optimised to best reproduce the observed streamflow at the downstream nodes to minimise the objective function defined by the combination of sum of square errors of the square root transform of streamflow and bias in total flow volume (Dutta et al., 2015):

4.3.7 Methodological variations among the bioregions

Despite the desirability of having a consistent methodology across the bioregions, in practice this cannot be easily achieved. It is inevitable that in some subregions or river basins, some variations to the recommended methodology will be necessary. Any such variations will be reported in the relevant subregional products.

In some river basins, river system modelling might be constrained by the lack of suitable observed streamflow data. In particular, streamflow observations are likely to be sparse or of poor quality in some parts of the Lake Eyre Basin bioregion. Similarly, there may well be some small river basins (e.g. those in the Gloucester subregion) where streamflow data are limited. Fortunately, in these areas, there is unlikely to be significant regulation or consumptive use of flow. This means that a simple accumulation of runoff fluxes from the streamflow model is likely to provide an adequate approximation of river flow. In the absence of a river system model, the development-mediated changes in groundwater levels and associated baseflow discharges will be applied to the predicted streamflows in a post-processing step.