What are the potential impacts of additional coal resource development on ecosystems?

The impact and risk analysis (Box 7) focused on landscape classes that intersect the zone of potential hydrological change (Box 4). Any ecosystem or asset wholly outside of this zone is considered very unlikely to be impacted due to additional coal resource development.

For potentially impacted ecosystems within the zone, receptor impact models (Box 8) were used to translate predicted changes in hydrology into a distribution of ecological outcomes that may arise from those changes. These models used indicators of the health of the ecosystem, such as taxa richness or canopy cover of vegetation, to infer the potential ecological impacts of hydrological changes.

Which ecosystems are very unlikely to be impacted?

Ecosystems outside the zone of potential hydrological change are very unlikely to be impacted, including 1232 km of perennial streams, 1450 km of intermittent streams and 8840 km of ephemeral streams.

Within the zone, most (3012 km2) of the ecosystems are classified as non-groundwater-dependent vegetation (51%) and economic land uses (43%), such as irrigated and dryland agriculture, production forestry, mining and industrial uses. These are ruled out as they are predominantly rainfall dependent and therefore not the focus of bioregional assessments.

Seagrasses, which occur in coastal lakes within the zone of potential hydrological change, are particularly sensitive to changes in water levels which can be caused by subsidence above underground mines. However, in NSW, mines are required to prepare subsidence management plans that detail how they will minimise impacts from subsidence as a condition of approval. In the Macquarie and Tuggerah coastal lake systems, subsidence exclusion zones have been delineated, in which there are restrictions on underground mining practices. As a result, the risk from subsidence was considered to be low (for more details see Section 3.4 in Herron et al. (2018c)).

Which ecosystems are potentially impacted?

Ecosystems that intersect the zone of potential hydrological change (Box 4) are potentially at risk of impact due to additional coal resource development (Table 1, Figure 13).

Small to no changes in the number of zero-flow days (averaged over 30 years) modelled for most perennial and intermittent streams suggest generally low risk to instream habitat. Exceptions are the perennial Wyong River and the intermittent Saddlers and Loders creeks, where potentially large flow regime changes are predicted to affect instream ecosystems. Impacts on instream habitat cannot be ruled out in a number of intermittent streams that were not modelled, but which flow close to additional coal resource developments. 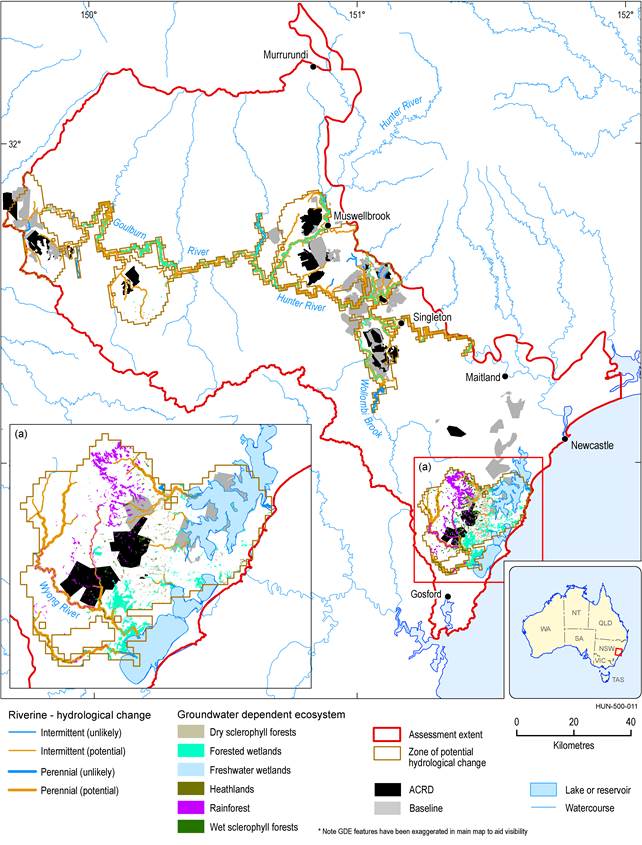 Figure 13 Landscape classes within the zone of potential hydrological change

Landscape classes are shown for the ‘GDE’ landscape group and the ‘Riverine’ landscape group. Groundwater-dependent ecosystems (GDEs) are exaggerated (not to scale) for clarity. Riverine hydrological changes are either ‘unlikely’ (outside the zone of potential hydrological change) or ‘potential’ inside the zone. Mines in the coal resource development pathway (CRDP) includes baseline and additional coal resource developments (ACRD).

A receptor impact model (Hosack et al., 2018a) was used to predict whether changes in groundwater drawdown and frequency of overbench and overbank flows result in changes in projected foliage cover of riverine forests (in the ‘Forested wetland’ landscape class) along unregulated rivers of the Hunter river. The model was not appropriate for quantifying impacts on coastal forested wetlands, nor riverine forests along the regulated river.

Most of the riverine forests on unregulated streams in the Hunter river basin are very unlikely to experience groundwater drawdown of more than 0.2 m, and it is very unlikely that more than 0.1 km2 will experience drawdown exceeding 2 m. Changes in overbench and overbank flows are mainly predicted along the Goulburn and Hunter rivers. Due to flow regulation, the modelled changes in overbench and overbank flows along the Hunter River, and hence the risk to Hunter River forested wetlands, are difficult to determine.

The median result suggests little likelihood of changes in projected foliage cover in most of the riverine forested wetlands. Details can be found in Section 3.4.4.3.2 of Herron et al. (2018c). To better resolve the risk to riverine forests along the Goulburn River, local information is needed to constrain the predictions of hydrological change and put these potential changes in the context of other factors influencing ecosystem condition.

Impacts to coastal forested wetlands in the modelled drawdown zone from the proposed Wallarah 2 mine and Mandalong expansion were not modelled and cannot be ruled out.

Receptor impact models (Hosack et al., 2018a) were developed to predict the risk to instream habitats of perennial streams due to additional coal resource development. Experts identified perennial stream ecosystems as sensitive to increases in the long-term average number of zero-flow days (see Box 8). Potentially large changes in the number of zero-flow days were modelled in the Wyong River.

The Wyong River is the only modelled perennial stream where increases in the mean annual number of zero-flow days (averaged over 30 years) due to additional coal resource development were modelled to exceed 3 days (95% chance of exceeding), with median estimates suggesting increases of between 20 and 80 days per year. There is a 5% chance of an increase of more than 200 zero-flow days per year (averaged over 30 years), although this impact becomes much less when local-scale hydraulic data is incorporated into the model (see Surface water).

Two receptor impact models were used to quantify the risk from these hydrological changes in terms of numbers of caddisfly larvae and the probability of presence of riffle-breeding frogs (see Box 8), two components of the ecosystem that rely on permanent flow for their persistence. Details can be found in Section 3.4.3.3.1 of the impact and risk analysis (Herron et al., 2018c). Local information is needed to better resolve the level of risk, including better definition of the magnitude and likelihood of the hydrological changes and the implications of these potential changes given local considerations.

Surface water modelling was not undertaken for the perennial Dora Creek. Similar hydrological changes to those modelled for the Wyong River might be expected given its similar geography and magnitude of modelled groundwater drawdown. This suggests a risk of impacts on instream habitats in Dora Creek also.

No significant changes in zero-flow days (averaged over 30 years) are predicted in perennial streams of the Hunter river basin, hence instream ecosystems that are adapted to current flow regimes are very unlikely to be impacted in this basin.

Saddlers Creek (at least a 50% chance) and Loders Creek (at least a 5% chance) have the potential to experience changes in the two chosen ecological indicators (Box 8) as a result of the reductions in zero-flow days (averaged over 30 years) due to additional coal resource development. Hence, it is possible that the instream habitat of these streams may be impacted. Details can be found in Section 3.4.3.3.2 of Herron et al. (2018c).

Again, these results identify areas where further investigation is warranted, rather than being site-specific predictions about ecological changes per se. Local factors, such as presence of faults or aquitards, geomorphic condition and quality of the water, will influence the extent to which risks identified from regional-scale modelling warrant further attention.

Changes in the two chosen ecological indicators (Box 8) due to additional coal resource development are very unlikely in the upper Goulburn River, Wollar Creek and Saltwater Creek. Hence, it is unlikely that the instream habitat of these streams would be impacted.

The lack of groundwater modelling of the Wilpinjong additional coal resource development means that streamflow changes in Wollar Creek and the Goulburn River may be underpredicted, with potentially larger impacts than those presented here.