The main surface water resource of the Namoi subregion is the Namoi River. It drains an area of 42,000 km2 flowing from east to west from its headwaters in the Great Dividing Range (CSIRO, 2007a). The major tributaries of the Namoi River within the Namoi subregion are the Mooki River and the Coxs, Pian (anabranch), Gunidgera (anabranch), Baradine and Bohena creeks (Figure 13). There are numerous other minor tributaries. The lowland floodplain downstream of Narrabri supports small lagoons, wetlands and anabranches. Namoi River is a perennial stream whereas Maules Creek at Avoca East (419051) and Mooki River at Breeza (419027) are nearly perennial flowing for 93% and 85% of the days, respectively. The rest of the Namoi river basin waterways within the PAE are temporary intermittent streams. River regulation by weirs and water diversions downstream of Gunnedah is reflected in lower mean daily flows downstream of Gunnedah relative to flows upstream of Gunnedah (see Section 1.1.5.1.4 in companion product 1.1 for the Namoi subregion (Welsh et al., 2014)).

Water quality in most sites in the Namoi river basin did not meet the Australian and New Zealand Environment and Conservation Council (ANZECC) and Agriculture and Resource Management Council of Australian and New Zealand (ARMCANZ) criteria for the protection of aquatic ecosystems during the 2002 to 2007 water quality indicator monitoring survey. Salinity in these areas are thought to be caused by the presence of salt in underlying soil or bedrock released by weathering, salt deposited during past marine inundation of an area, or salt particles being carried over the land surface from the ocean (Mawhinney, 2011). The Coxs Creek and Mooki and Peel rivers were the major contributors of salts to the Namoi River, with releases from Keepit Dam providing dilution flows (Mawhinney, 2011). Turbidity increases with distance from the dam (Olley and Scott, 2002). Phosphorus and nitrogen levels in the Peel River downstream of Tamworth were elevated due to the influence of sewage treatment outflows and urban runoff (Mawhinney, 2011).

The subregional topography is undulating in the west and progressively flattens to the east. This causes surface water drainage channels to be less dense west of Pilliga and flooding is more extensive downstream from Wee Waa. Surface and groundwater are connected in the alluvial material and in the Namoi streams, which are generally losing systems except the Namoi River reach between Boggabri and Narrabri, which contains gaining systems (see companion product 1.1 for the Namoi subregion (Welsh et al., 2014)). 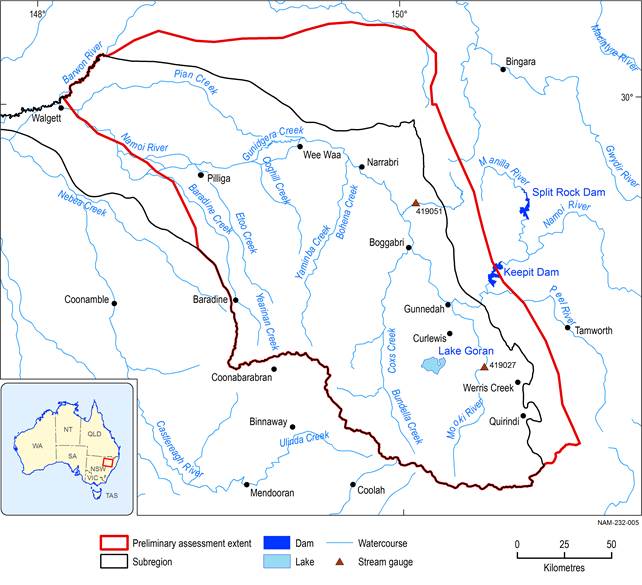 Figure 13 The Namoi River and its tributaries and major dams