The groundwater models used in the Bioregional Assessment Programme have a relatively simple parameterisation. That is the hydrostratigraphic layers are generally assumed to be homogeneous with the properties having a depth dependence and are modified due to geomechanical deformation following longwall mining.

7.1 Assumption of homogeneity of aquifer parameters

In most groundwater models developed for BA purposes, spatial heterogeneity of hydraulic properties is not represented explicitly. Most hydrostratigraphic units are assigned a spatially uniform hydraulic property.

This section illustrates that by stochastically varying this uniform hydraulic property, the variation in predicted groundwater levels is at least as large as the variability that would arise from simulating spatial heterogeneity explicitly. This means that the stochastic predictions will be conservative (i.e. the range of the ensemble prediction will be larger compared to the range based on modelling heterogeneous hydraulic properties). 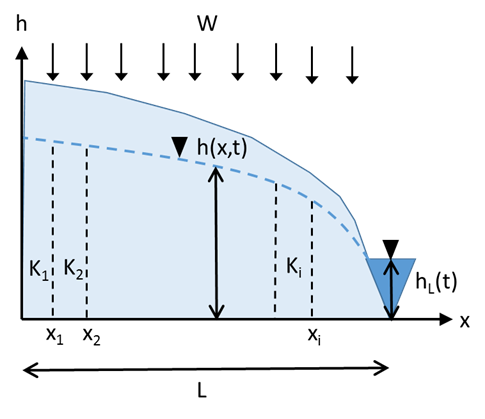 Figure 10 Conceptualisation of groundwater flow example (after Liang and Zhang, 2013)

The steady state solution for the groundwater level at a distance

from a no flow boundary, with a constant head boundary at

grid cells. While this is a simplification of any field conditions, this general conceptual model resembles situations that are relevant to BA, such as groundwater mounding away from a river or groundwater level variation away from a mine that is drained to a fixed level.

Equations 7 and 8 are straightforward to implement numerically and are solved very quickly, which allows the exploration of the effects of spatial heterogeneity on groundwater level predictions.

Consider the log of hydraulic conductivity is normally distributed with a mean of 1 m/d and a standard deviation of 1:

so that the variance between two locations a distance

Figure 11 shows the results of a comparison of groundwater levels predicted at a distance of 9000 m from the constant head boundary (x=1000 m). For the heterogeneous case, 1000 samples of ln(K) are generated from a multivariate normal distribution with mean equal to zero and a covariance governed by equation 10 with three different correlation lengths (100 m, 1000 m and 10,000 m). For the uniform K case, 1000 samples of ln(K) are taken from the normal distribution specified in equation 9. The latter approach is the approach that is taken in the stochastic sampling in the uncertainty analysis of BA groundwater models.

From Figure 11 it becomes clear that the resulting ensembles of groundwater level predictions are nearly identical between the heterogeneous and the uniform hydraulic conductivity fields for the three different correlation lengths.

Figure 12 shows the same analysis for groundwater level predictions 1000 m from the constant head boundary (x=9000 m). It is apparent that the uniform hydraulic conductivity field results in ensembles that have a similar mean and median to the heterogeneous case, but the spread in the distribution is underestimated. This effect is more pronounced for short correlation length.

While this is by no means a comprehensive study of the effects of spatial heterogeneity on groundwater level predictions, some general findings are: 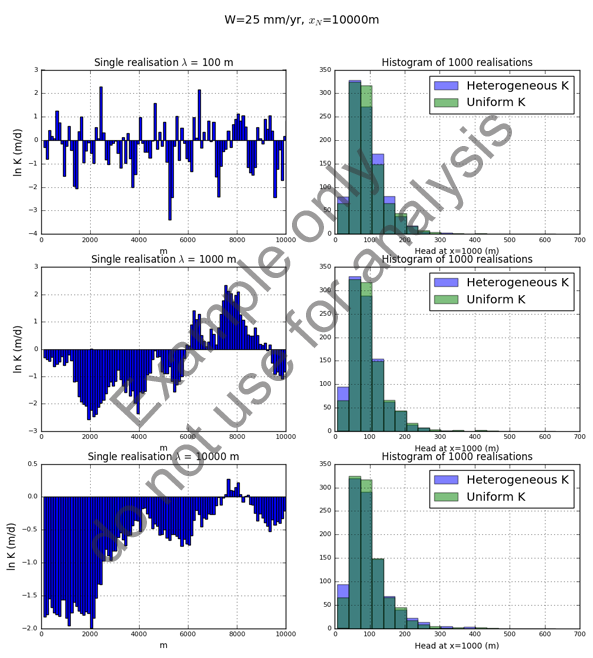 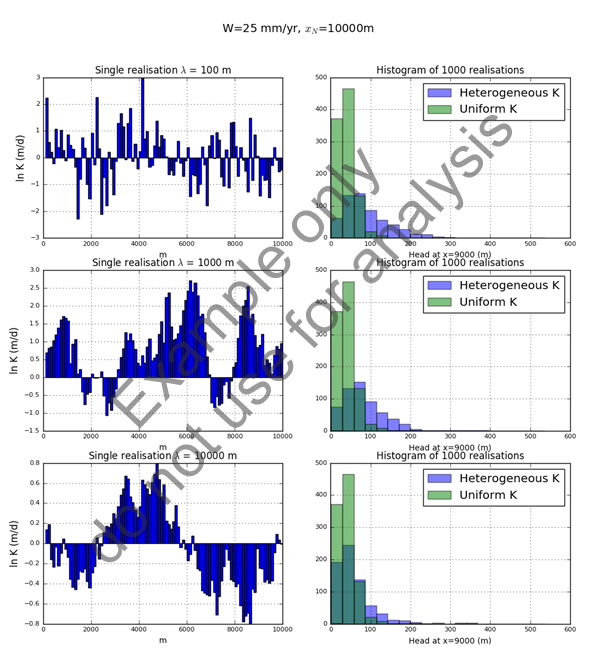 Even though a simple parameterisation of the models is used that will generally see hydrostratigraphic layers treated as homogeneous, the hydraulic properties used in the groundwater modelling have a depth dependence that has been observed in many coal basins. An example is shown in Figure 13 for data from the Hunter subregion, Gloucester subregion and Sydney Basin bioregion (Parsons Brinkerhoff, 2015). 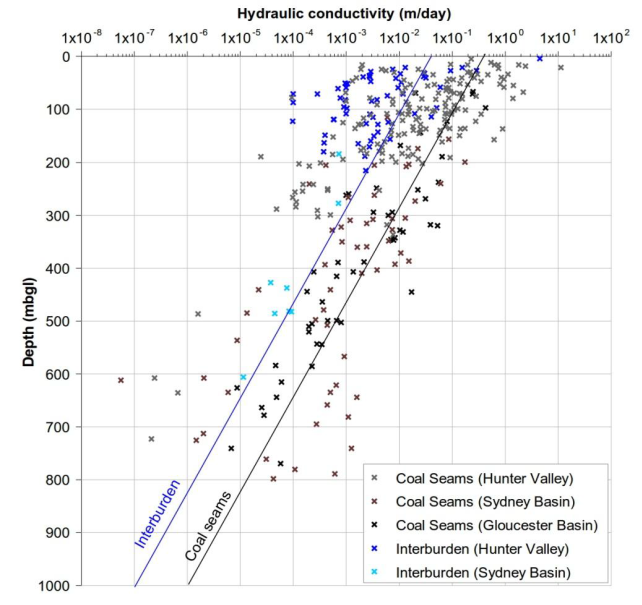 Source: Figure 7.3 in Parsons Brinckerhoff (2015). This figure is not covered by a Creative Commons Attribution Licence, it has been reproduced with the permission of AGL.

where K0 is the base conductivity (both horizontal and vertical components), and

before mining of the seam commences, and

at height, h, above the seam after mining commences.

is calculated using the following piecewise-linear function of the height above the mining seam, h: 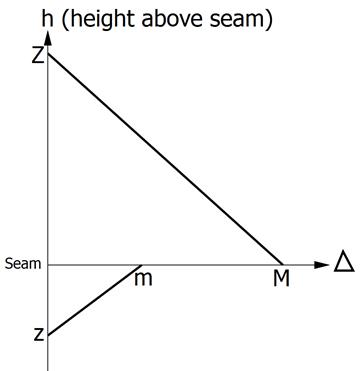 Figure 14 Assumed relationship between the conductivity-change parameter, Δ, and the height above the mining seam, h

As discussed in Adhikary and Wilkins (2012), the effective conductivity in the immediate roof of longwall mines can be enhanced by up to 10 orders of magnitude. The enhancement of hydraulic conductivity can extend up to 500 m above and 250 m below the longwall panel.