This synthesis presents key findings from the bioregional assessment of the Gloucester subregion, part of the Northern Sydney Basin bioregion.

The subregion, north of the Hunter Valley in NSW, is defined by the geological Gloucester Basin and is home to about 5000 people, mainly in the towns of Gloucester and Stroud. Town water is extracted from local rivers and there are no major dams or wetlands. The majority of the subregion is cleared of native vegetation and supports agricultural uses. The groundwater system is confined within the subregion, so potential impacts on groundwater cannot propagate beyond its boundaries.

A small east-west ridge divides the Avon River catchment in the north from the Karuah river basin in the south. The subregion covers 348 km2; however, the total area investigated in this assessment, the assessment extent, is 481 km2 as it extends along the Karuah and Gloucester rivers beyond the subregion boundaries (Figure 2).

To rule out impacts on water-dependent ecosystems and assets, a zone of potential hydrological change (Box 4) identified areas where modelling predicted potential changes in surface water and groundwater due to additional coal resource development. The zone comprises 52% of the assessment extent, covers 250 km2 and includes 242 km of streams.

Cumulative hydrological impacts due to additional coal resource development are predicted to be minor. No impacts on ecological assets are predicted in the south, given the limited additional coal resource development. In the north, potential impacts on ecological assets are expected to be minor and localised due to the relatively small magnitude of predicted hydrological changes.

In the Avon River and Upper Gloucester River, there is a 95% chance that reductions in water availability are less than 1.6 GL per year due to additional coal resource development, which is a 1% to 2% change relative to the baseline.

Modelling suggests that reliability of water supply is very unlikely to be impacted, with no change in cease-to-pump days in the Upper Gloucester River and Karuah River (upper management zone). It is very likely that there will be fewer than 3 additional low-flow days per year in the Avon River, with the impact on cease-to-pump days expected to be smaller.

The greatest confidence in hydrological modelling results is in areas that are very unlikely to be impacted. Where potential impacts are identified, further local-scale modelling may be required to determine the presence and magnitude of ecosystem impacts. 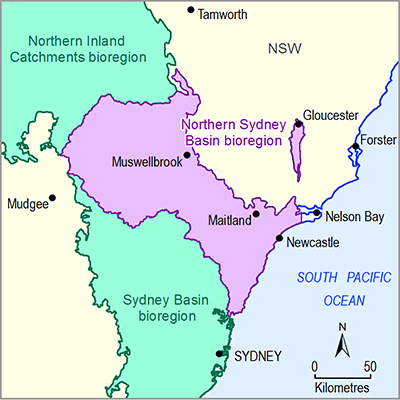